, situation, with Pinja Džazna
I asked for a separate closed-off space to be erected in the Grand Reception Hall of Cankarjev dom, where the exhibition opening ceremony would take place. The space measuring 5×10 metres was to be built from make-shift screens, such as are readily available and used by the institution, equipped inside with chairs, tables and a bar. I used the project funds to buy food and drink, brought some brandy from home, and a friend prepared a big pot of stew. I invited my friends from the Pinja Džazna band along and we agreed to play the pop tunes from the eighties (which we all know from our teenage years). I invited relatives, friends and acquaintances to the party. There was a bouncer at the door, who only let in those that had been invited. Some visitors to the exhibition still managed to join the party later. The walls created a new space and represented the boundary between the “public” and the “private”, and between “art” and “everyday”. It was a piece of art from the outside, while on the inside, a party for friends went on. The private was a constituent part of the artwork, and art had an impact on privacy. 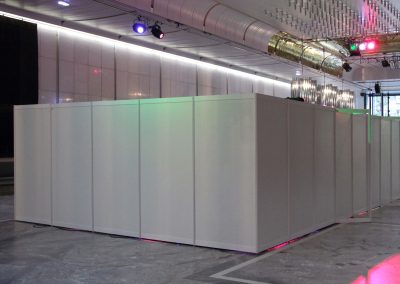 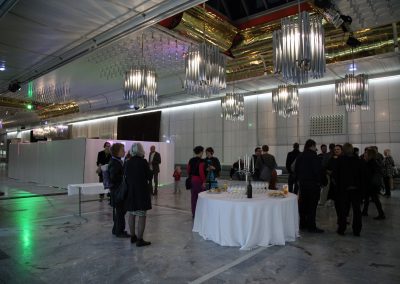 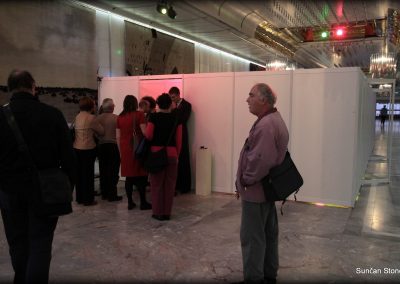 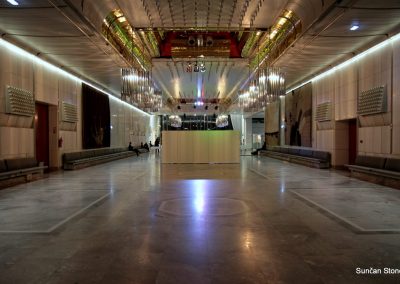